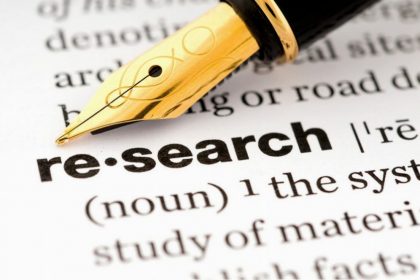 Background: Surrogacy is a highly debated method mainly used for treating women with infertility caused by uterine factors. This systematic review summarizes current levels of knowledge of the obstetric, medical and psychological outcomes for the surrogate mothers, the intended parents and children born as a result of surrogacy.

Methods: PubMed, Cochrane and Embase databases up to February 2015 were searched. Cohort studies and case series were included. Original studies published in English and the Scandinavian languages were included. In case of double publications, the latest study was included. Abstracts only and case reports were excluded. Studies with a control group and case series (more than three cases) were included. Cohort studies, but not case series, were assessed for methodological quality, in terms of risk of bias. We examined a variety of main outcomes for the surrogate mothers, children and intended mothers, including obstetric outcome, relationship between surrogate mother and intended couple, surrogate’s experiences after relinquishing the child, preterm birth, low birthweight, birth defects, perinatal mortality, child psychological development, parent – child relationship, and disclosure to the child.

Results: The search returned 1795 articles of which 55 met the inclusion criteria. The medical outcome for the children was satisfactory and comparable to previous results for children conceived after fresh IVF and oocyte donation. The rate of multiple pregnancies was 2.6–75.0%. Preterm birth rate in singletons varied between 0 and 11.5% and low birthweight occurred in between 0 and 11.1% of cases. At the age of 10 years there were no major psychological differences between children born after surrogacy and children born after other types of assisted repro- ductive technology (ART) or after natural conception. The obstetric outcomes for the surrogate mothers were mainly reported from case series. Hypertensive disorders in pregnancy were reported in between 3.2 and 10% of cases and placenta praevia/placental abruption in 4.9%. Cases with hysterectomies have also been reported. Most surrogate mothers scored within the normal range on personality tests. Most psychosocial variables were satisfactory, although difficulties related to handing over the child did occur. The psychological well-being of children whose mother had been a surrogate mother between 5 and 15 years earlier was found to be good. No major differences in psychological state were found between intended mothers, mothers who conceived after other types of ART and mothers whose pregnancies were the result of natural conception.

Conclusions: Most studies reporting on surrogacy have serious methodological limitations. According to these studies, most surrogacy arrangements are successfully implemented and most surrogate mothers are well-motivated and have little difficulty separating from the children born as a result of the arrangement. The perinatal outcome of the children is comparable to standard IVF and oocyte donation and there is no evidence of harm to the children born as a result of surrogacy. However, these conclusions should be interpreted with caution. To date, there are no studies on children born after cross-border surrogacy or growing up with gay fathers.